Taking Care of Your Health With Natural Methods 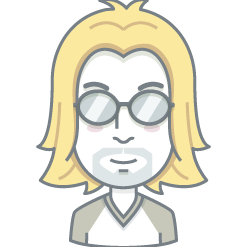 Taking care of your health doesn't have to mean being inundated with medication from your doctor. Instead of heading to get pain pills for your back pain, why not take a natural approach that will invigorate you and improve your overall quality of life? There are a variety of ways to reduce pain in the body without having to face any side effects that medications are so well known for, like nausea and drowsiness. Through exercise and diet, you can make a big improvement on the negative impacts you're experiencing due to pain. This blog was created to provide those who are suffering with pain of any kind find relief through natural methods. Hopefully, some of the content here can help you find a solution!

If you are trying to wean yourself off of sugary energy drinks, but still need something that provides a little kick to keep you going through the day, then you should consider natural energy supplements. Many of the energy drinks that are sold in stores are mostly caffeine and sugar. Not only are they loaded with cane sugar, but in some cases it's high fructose corn syrup. They might add some amino acids or the rare touch of ginseng, but you're mainly getting energy from unhealthy amounts of sugar and caffeine. So, ditch the sugary energy drinks and consider one of these supplements instead.

Vitamin B12 is one of the best natural supplements to use for increased energy. A deficiency in B12 can lead to a lack of energy. Some estimates have it that anywhere from fifteen to forty percent of people are deficient. While that's a large spread, it does point to a major problem. But there is a simple solution. You can get a B12 lozenge. Unlike most vitamins which you get in pill form, B12 is often sold as a small lozenge that you place under your tongue and let it absorb. This is called a sublingual. They often have a flavor, like black cherry, so you won't get a nasty taste in your mouth.

Ginseng has been used in Asia for a long time as a health tonic and to boost energy. You can get ginseng tea, which was a traditional method in Asia, but you might prefer to just get a pill. Then you can just take a pill with water. This saves you the bother of brewing up a special cup of tea, which you might not like the small or flavor of.

This rose is used in Russia and throughout Scandinavia in the same way that ginseng is used in Asia. It's believed to boost the body's immune system as well as provide energy. There have been studies that have shown that taking rhodiola had a positive effect on both mental energy as well as physical energy. You can find capsules that contain rhodiloa extract in stores that sell herbs and vitamins, so you don't have to head off looking for the exotic flower itself.

As opposed to drinking coffee or drinking regular tea, you should focus on green tea. In addition to providing energy, it also has tons of healthy benefits. It's been linked to preventing cancer, lowering cholesterol, as well as reducing the risk of stroke. If you don't have access to hot tea at work, or just don't like the flavor of green tea, you can find green tea extract capsules. What you don't want to do is try and mask the flavor of the green tea by adding lots of sugars. Just take some green tea extract. If you're a smoothie fan, you can even get a liquid form of green tea and add it to your smoothie. This is great for people who like natural energy supplements, but are not fans of pills. The liquid extract can be added to your juice or smoothie to give you the energy boost you need.